I have been fairly fortunate to see a limited number of deaths in my life so far. Not none, but not many. I was pretty sure that I would handle the next one with grace and maturity. Last Tuesday my paternal grandmother passed away and I am processing this with as much logic and perspective as I can. That being said, excuse me for a second as I regress:

DEATH IS STUPID AND SHITTY AND THIS SUUUUUUUCKS.

Florence, as was her name at birth, was deemed “too small for a such a big name” and given the name Amy by her family. Aside from the name, there were times when I thought my grandma and I had nothing in common. She knew how to take a conversation by the reigns and feared no one. She was ready to put anyone in their place and didn’t shy away from an argument. I…usually don’t make eye contact while I’m talking to someone and crack jokes to get out of serious conversations. She loved watching sports and went to the super bowl in January to watch the broncos “play.” I stopped playing Candy Crush for the half time show and even that’s a lot to ask. She didn’t really like the name Amy and thought people called her that because they didn’t like her. So when she was old enough she decided to go by Barbara. I don’t really know where Barbara came from, all I know is that she loathed the Vatican II for revoking sainthood from Saint Barbara. I never even considered the possibility of changing my name. I didn’t know people could do that.

Here’s where the grandmother-granddaughter Venn diagram overlaps: first of all we both really love oatmeal. Not a real shocker on her end, but I am kind of out of my age range on that one. Second of all, we were born with wanderlust. Her wings were a little more clipped than she would have wanted; she wanted to join the navy, but was a little ahead if her time, but she traveled as much as she could and she absolutely loved seeing me travel. When I was about 5 years old she went to Guatemala and that was the coolest thing I had ever heard of anyone doing. She brought me home worry dolls, which are dolls you tell your problems to and hide them under your pillow and then…well, I was five years old and obviously didn’t need to confess to a worry doll about anything too huge, so I never saw the results. I will say that as a shy child who was terrified of speaking up, I liked those little dolls more than most toys I had. They gave me someone to voice concerns to, someone I knew wouldn’t think I’m foolish for speaking and who I knew would never tell my secrets. I wasn’t much of a doll person, but those little bits of rolled up paper had me enthralled. My grandma’s trip to Guatemala stuck in my mind, I thought it was the coolest thing I had ever heard of and was really impressed that she had seen a volcano. In January of this year, I finally made it there and seeing the same little dolls made of paper reminded me of how cool and exotic Guatemala was in my little five year old mind. When I got home I called my grandma so we could swap stories. I told my grandma that I had just returned from Guatemala and she said “Well I’m jealous” and I said “But…you went there. That’s why I had to go” and she said “But I’m not there now. I want to be there now.” Which is another thing we have in common: unabashed jealousy of other travelers. Also, we cuss. A lot. So much. And it’s fun and we don’t regret it.

There is one thing that she has, that I just discovered that I hope I can share in common with her; and that is one of the most peaceful, fulfilled deaths that I can imagine possible. This woman had enough power in her that she was able to choose when she would die and under what conditions and so it was. At first, I will admit, that seeing her in the hospital bed with a feeding tube, struggling to breathe made me question the whole process of death. Why we do it the natural way, why this is what we work towards for our entire lives, why it isn’t easier and less painful. I didn’t know if my visiting her was doing her any good. I was talking to her and she wasn’t responding. She would look at me, but I didn’t think she knew who I was. She was fidgeting in her bed and acting restless, I feared it was my fault that she couldn’t sleep. She did, however, reach for my hand and let me know that we were both there and she appreciated that. And even though it was a fight, she managed the words “I. Love. You.” just before I left for the night. Everything else I had said was about her “are you in pain?” “does the tube itch?” “Are you sleepy?” and none of those questions were worth her energy.

In her last hour, she was surrounded by her family. She wasn’t suffering and after many hours in the hospital, we were sharing stories about the family and growing up as Hogues. We decided to leave for the night and with my cousin on one side of her, me on the other and my brother John at the foot of the bed we said goodnight and told her we love her. We were about to walk away, but she beat us to the punch. She took her last breaths and left her body with a room full of people that loved her. I’d like to think that I have enough of the “real Amy Hogue” in me to have such a peaceful, powerful death. To be in control even at the end of my life. To choose my moment to go and make my death a loving experience and to make sure that those around me know in my death, as much as in my life, that they are the reason I lived.

I’ve been missing my blog. She really liked my shitty blog, so I’m happy that she has sparked a desire/need to write in me. I’m also glad that she was too little for the name Florence, because I am so not a Florence and neither was she. 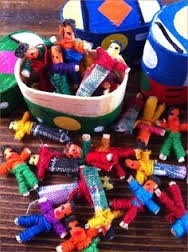 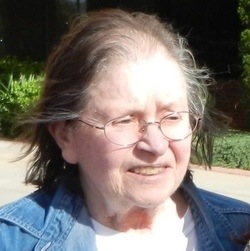 One response to “Grandma Danger”